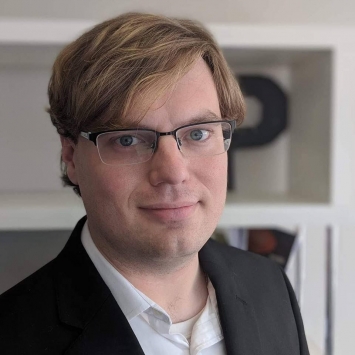 Paul Powers co-founded Physna in 2015, creating patent-pending software designed to increase efficiency with CAD design, engineering design, and quality control. Physna technology can compare and analyze thousands of 3-D models in seconds.
Powers is an award-winning serial entrepreneur experienced in creating tech companies designed to increase efficiency and sparking innovation. He now manages corporate direction and strategy at Physna, facilitating company activity in innovation, sales, consulting and marketing alliances.
In 2019, Powers was recognized by Forbes Magazine as one of the brightest young entrepreneurs in the United States. Powers will participate in the Forbes Under 30 Summit in October with other young entrepreneurs, visionaries and disrupters across the country.
Powers has presented on the TED Talk stage, at various tech summits and at several tech startup conferences like StartUp Grind and Startup of the Year at SXSW.
Paul Powers graduated from Ruprecht-Karls- Universität Heidelberg, Germany, earning his law degree and passed the bar with more than twice the required points.
Paul has been featured in numerous news articles in Germany and the US highlighting his unique approach and the technologies he helped develop.